We’ve partnered up with Barbily Games to give you free surprise gift packs for novice players of Star Supremacy. We’ve talked a bit more about Star Supremacy previously, and we also have a few useful articles if you want to read more about it.

Star Supremacy takes the game Light of Altair as the chief source. With the background of space exploration, the intricate interest dispute among the three major powers reappears. It not only contains multiple interaction game play, such as resource exploitation, space colonization, etc., but even creates unique and abundant ship design system. It can really make players show their own personalities and travel freely in the boundless universe.

Once you have both codes, do the following:

1. Sign up for Star Supremacy at the official site

2. Once in-game click on the Get Rewards button at the top right of your game screen: 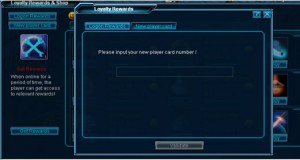 That’s it! Your surprise gifts will be instantly available. Hope you enjoy them!