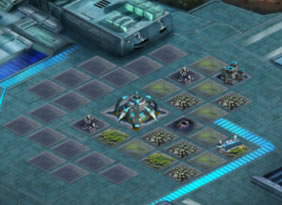 Star Supremacy is set in an unexplored universe, with beautiful scenery, a unique story and modern technology. In order to dominate the universe, solid plans must be established and used, and these are nowhere more important than with base construction.

At the beginning of the journey, every player is standing on the same starting line, offered with a simple colony base. This simple base however will be the origin of players’ resources and wealth. It is also the cornerstone of any future development. Whether a player decides to plan for sustainable development or a rapid expansion, the base will provide the strength necessary. Sustainable development requires large supplies of resources and money, while rapid expansion needs strong combative powers and logistics. Each requires the base to be developed in different ways.

In the colonial building, an excellent leader is very important. Players can designate a leading governor for each colony and nine sub-commanders. The governor plays an important role in the development of the base. For instance, their Charisma can increase the active queue which can greatly accelerate the rate of colonial building. Other factors can give enhancements to resource generation, combat, research and more. Also, almost all actions such as occupation, raiding and trade will need the participation of the commanders. They are the core of the colony! 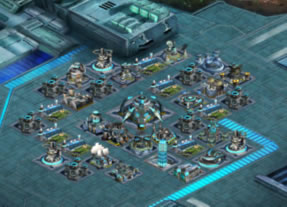 Both colony buildings and leaders are very important, but they are not the only focus for players. After a player begins to expand, they must prepare their colony’s defenses. If they fail to do so, they are at risk of attack from other players, which can severely slow down colony expansion. As well as fleets stationed in the colonies, defense facilities, such as missile and lance bases can be built. In addition, a player’s allies and friends can be used to help defend bases with their troops. Defenses should be carefully planned in order to maximize effectiveness, but minimize cost.

After solving the defense problem, players can look to expand outside of the base and create another colony. Though new bases are more at risk than original colonies, they can greatly increase the wealth and opportunities of a player. The amount and type of resources, as well as the rate of various items’ appearance are much higher than on a low-risk planet. In these high-risk planets, there are more opportunities for development. With time and exploration of the universe, players will discard their old, low-risk colonies. Instead, they will build colonies on the high-risk planets to get more abundant resources and more powerful equipment and items.

The foundation of a colony is undoubtedly important. In Star Supremacy, with continuous construction players can develop and expand their empire, providing them with a creative platform to build their own brilliant history.