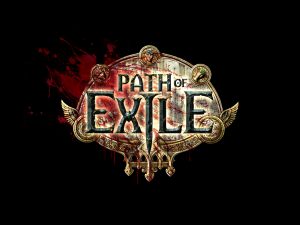 A week ago I haven’t even heard about Path of Exile, and today I’m pretty excited to see how it turns out. Several of our current subscribers pointed me to this exciting new game and thanks to a kind soul at Grinding Gear Games a few of you will soon get to jump in the action and see what it’s all about. But first let’s take a quick look at what Path of Exile is about.

Path of Exile is a free online-only action role-playing game set in the dark fantasy world of Wraeclast. It is currently under development by Grinding Gear Games in New Zealand.

More hot screens and other media can be found on the official site!

For more videos I recommend you check the video section on the official website and Grinding Gear’s official Youtube channel.

Get Your Beta Keys

Brian Weissman, a Designer and Producer working on Path of Exile promised to send us 5 beta keys right after PAX Prime, which is in several days and Path of Exile will make no doubt a memorable appearance there.

One key will go to Brian R. who first contacted me about PoE, since he already made quite a compelling argument about this game :).

Giveaway over! Winners are:

We’re all quite fascinated by your passion for this game which is evident from the comments left, but we had to make a decision, and it wasn’t easy. These five players showed an honest interest in Path of Exile so hopefully we made the right choice here.

If you’re wondering, we don’t have any keys left. However, as the game nears it’s open beta and release phase we might be able to snag some more so we left a subscription form below if you want to get notified. No promises on keys though! Alternatively you could get some on PoE’s Twitter or official website, so follow and sign up there as well.

Edit: game has now been released and is free to play without keys. Path of Exile is pretty amazing but also quite in-depth so I encourage beginners to read some guides to help you get started. It would be a shame to give up on this amazing game because it can be overwhelming for new players.