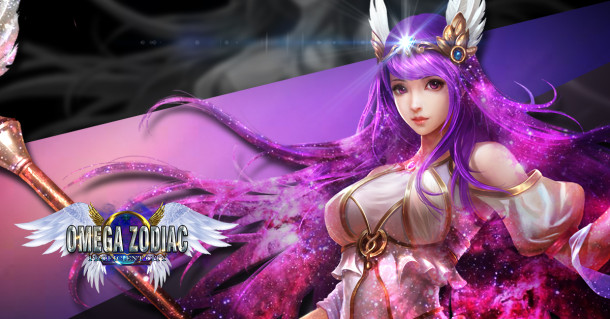 Proficient City officially launched Omega Zodiac on August 25th and it was welcomed with positive reviews! Over 120.000 Gold Sacred Sets have been activated since then and over 150 Guilds were created to guard their Goddesses. In order to protect Athena, Omega Zodiac players are summoning more than 10 million Sacred Sets per day, which translates into an incredibly active community working hard on a daily basis to reach the Top of the rankings.
Our Omega Zodiac gift pack giveaway
How many Sacred Sets have you collected by now? Some players have already unlocked their third Gold Sacred Set, a good indicator of how popular is to collect Sacred Sets among the players. Some of them are even already defeating monsters and challenging advanced quests in order to obtain the fourth Sacred Set. It’s not an easy task, but it seems that players are enjoying the challenge!
The Closed Beta Test was an absolute success, attracting a huge audience that tried the game and decided to stay for the official launch. Proficient City gifted their loyalty and their support with some in-game rewards to be used after the official launch and the players loved them. There are also a lot of events going on since August 25th, welcoming old and new players to participate and creating a fair and fun game community were sharing strategies and experience is encouraged. You can visit Omega Zodiac’s official website and official Facebook page if you want to participate!

In Omega Zodiac, you can play as a knight, mage or archer. As the hero of this story, you will have to collect Sacred Sets in order to become stronger and defeat your enemies. Sacred Sets can be crafted using different constellations and items located in dungeons. Every Sacred Set has its own battle Skills. That allows you to level up your character in many different ways, looking for the strategy that works better for you and creating unique skill configurations that will make your character possess different advantages and disadvantages. Auto-track and auto-attack are features that can be activated or deactivated depending on the kind of player you are. Here is a list of some other Omega Zodiac features:

Proficient City, a branch of Game Hollywood, is an international online game company with offices in China, Europe, and Montreal. They specialize in innovating operations and strive for a perfect balance between content, gameplay and storyline.