Gods and Heroes: Rome Rising is a new MMORPG currently in beta testing phase. If you’re tired of all the elves and dwarves and want to delve into something completely new and exciting, this game might be exactly what you need.

About Gods and Heroes

Gods & Heroes: Rome Rising is an MMORPG in development by Heatwave Interactive. The game is set in the world of Ancient Rome, and combines historical elements and enemies with mythological ones. Players can select era-appropriate classes including Soldiers, Gladiators, Priests and Mystics, each of whom could align themselves with an Olympian god. 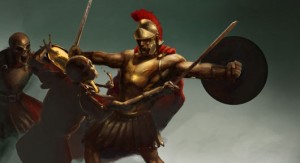 We got a couple hundred beta keys from Theda Sandiford, Director of Marketing at Heatwave Interactive. Go say thanks by following on twitter now!

If you want to get in and try out Gods and Heroes just enter your details below and we’ll send one as soon as possible. Have fun!